For those interested in a Wall Street career, there are a number of roles that could be of interest including trader, analyst, and investment banker. Many want to be investment bankers, drawn by the high-profile and handsome salaries these jobs offer. 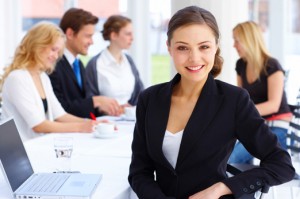 How to increase your chances for getting jobs in banks

Utilize maximum chances of internships and experience related to this field – It could smooth your way into a graduate job with the employer: most financial services firms – from insurance companies to banks – aim to hire 60–90% of their interns. At some employers you’ll skip most of the recruitment process and go straight to interview. At others, you might be offered a job straight away.

What types of retail banking, insurance and financial services work experience are available?

The work experience options at retail banks, regulatory and insurance firms include:

How can I impress while on my finance internship?

The field of investment banking

The investment banking field has gained some notoriety over the years because investment bankers are generally very well-paid individuals. Yet, these positions require specific skills, like excellent number-crunching abilities, strong verbal and written communication skills, and the capacity to work very long and gruelling hours. Educational requirements usually include an MBA from a top-notch institution and potentially the Chartered Financial Analyst designation as well.

Working hours in an investment bank

Bankers are expected to work a lot of hours and likewise, get paid a lot of money for working those hours. Analysts and Associates find themselves routinely having to cancel dinner plans, weekend plans and even vacations at the last minute. Many bankers, after a few months on the job cease scheduling events altogether, for fear of having to cancel.

At elite universities, fewer MBA and finance candidates are willing to even consider a life of missed weddings, busted romances and deep-into-the-night deal negotiations. The percentage of Harvard Business School graduates entering investment banking, sales or trading dropped to 5 percent last year from 12 percent in 2006, while those entering technology almost tripled to 18 percent during that period.

“There’s less willingness on the students’ part to make the sacrifices that they might have been willing to make five years ago, 10 years ago,” says Jonathan Shepherd, associate director of the MBA career and professional development office at the Harvard Business School and a former analyst at JPMorgan Chase & Co

In the past year, most large US investment banks have implemented measures to reduce the working hours of their junior staff. This could be one reason why staff at boutique banks work so much longer by comparison. Perversely, however, Morgan Stanley resisted prescriptive cuts to working hours – and yet it appears to have the shortest working weeks of the lot. Morgan Stanley’s abnormally low working hours might be one reason why it seems to pay so badly, on the other hand.

Banks are acutely aware of the too-high attrition rate among their young associates and analysts — the titles carried by most junior bankers — and have initiated programs to combat it. Goldman Sachs and JPMorgan, among others, are rethinking the way deals are brought to fruition.

“No matter who your client is, as you get into the final weeks and you’re trying to close a deal, you almost certainly going to be doing crazy hours,” says an analyst. “On average, we’re working an 85-90 hour week.”

Both JPMorgan and Goldman Sachs have formed in-house committees designed to improve the experience of their junior bankers. At Goldman, the resulting changes included the formation of a junior banker career development committee, several of whose recommendations the firm has adopted. One change: Goldman did away with its two-year training program in 2012 in favour of hiring new graduates on a permanent basis.

Curtis of Wall Street Oasis laughs at the idea that forcing bankers to take a few weekend days off will resolve the overwork issue.

The role and importance of a junior banker

To sum it up, life as a junior banker has traditionally meant long hours, late nights, and doing the grunt work that the senior bankers pass on.

Typically investment banks hire “analysts,” or junior bankers, for a two-year program directly out of college. After the analysts put in their two years, most move on to jobs with hedge funds or private-equity firms — or in another industry altogether. Bankers who stay on usually do a third year as an analyst before being promoted to associate. Several years after that, they are promoted to vice president.

All elements aside, a junior banker’s job is to assist more experienced bankers, run day to day business and get increasingly involved with building client relationships, that helps to maintain sales strategies and reaching targets.

Meeting internal targets would be a large part of their day to day role, working with both staff and customers. Moreover, assistance in motivating staff, analysing data and figures and keeping up to date with the latest products, market changes and policies is also part of this job.

Depending on whether you work in retail, corporate or commercial banking your responsibilities and work activities would vary. As a retail junior banker, you’d work in a high street branch, dealing with both private and corporate customers, while sometimes working in regional or head offices.

Becoming an investment banker is not an easy task and one of the reasons investment banking is becoming a less attractive option for college graduates is because of the monotonous, gruelling work that junior bankers have to do.

In a capitalist economy, investment bankers play a role in helping their clients raise capital to finance various activities and grow their businesses. They are financial advisory intermediaries who help price capital and allocate it to various uses. While this activity helps smooth the wheels of capitalism, the role of investment bankers has come under scrutiny as there is some criticism that they are paid too much in relation to the service they provide.